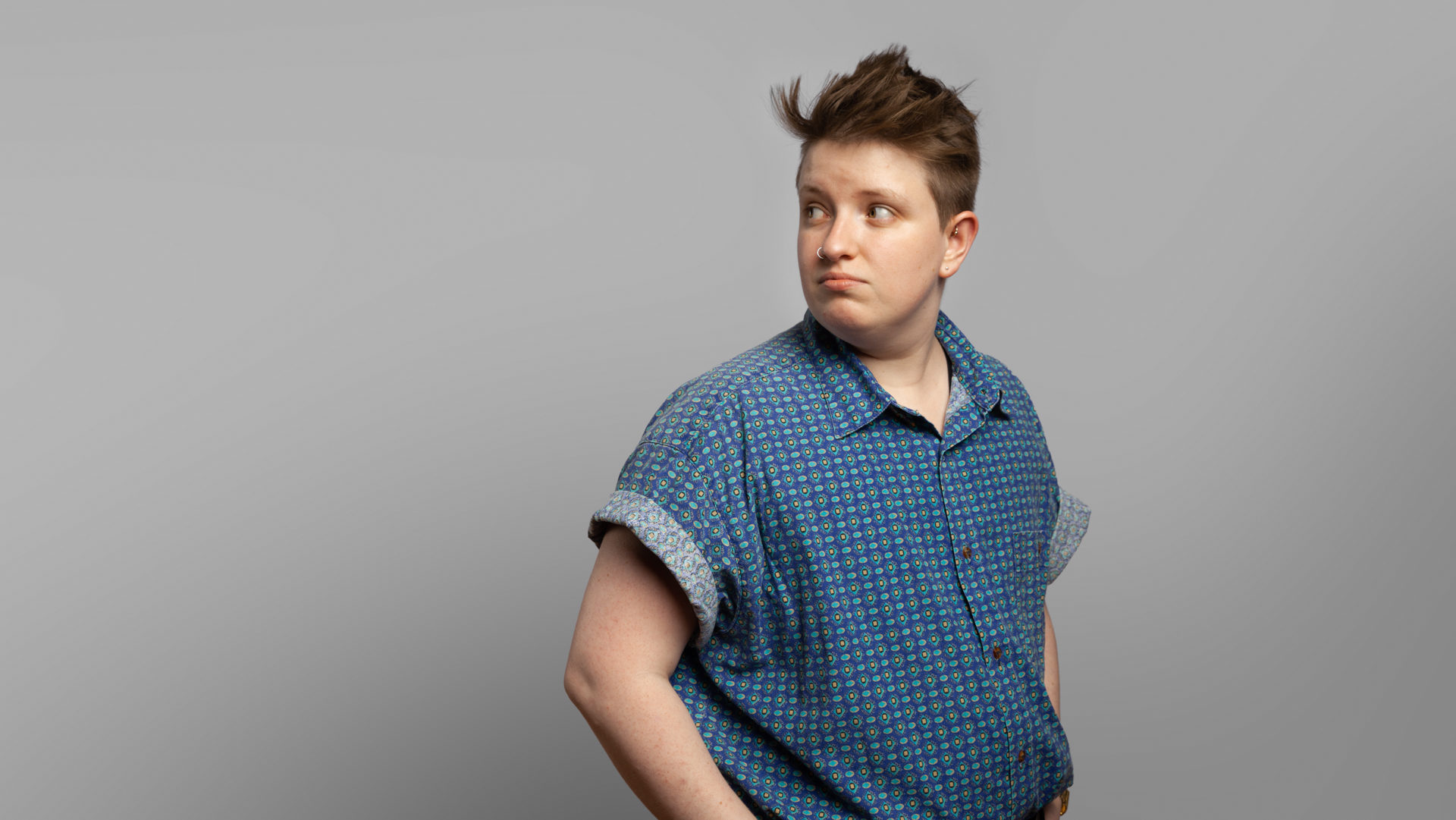 Ella Taylor is a soprano with a passion for performing contemporary music and works by women and gender non-conforming artists. They were a Young Artist with the National Opera Studio for 2019/20 season, as well as a graduate of the Royal Academy of Music, where they gained Distinction in MA Performance, a DipRAM for an outstanding final recital, and the Charles Norman Prize. They currently study with Elizabeth Ritchie.

Operatic work includes La Contessa in Mozart’s Le Nozze di Figaro (Strand Chamber Orchestra), Zweite Dame in Die Zauberflöte (Lyric Opera Studio Weimar), and Galatea in Handel’s Acis and Galatea (Royal Academy of Music). They have also created the roles of Susanne Meyer in Jonathan Higgins’s Schutzwall (Tête à Tête) and Father in Alex Mills’ and Gareth Mattey’s A Father is Looking for his Daughter (Rough for Opera/Second Movement), as well as performing in scenes as Agnès in Written on Skin, Governess in The Turn of the Screw, Vixen in The Cunning Little Vixen and Cendrillon in both Massenet and Viardot’s versions of Cendrillon.

On the concert and oratorio stage, Ella is in demand as a soloist. Notable highlights include Górecki’s Symphony of Sorrowful Songs at Sheffield Cathedral, Schönberg’s Pierrot Lunaire at the Royal Academy of Music, and a performance on BBC Radio 3 of Oliver Knussen’s Trumpets at the British Composer Awards. Their repertoire includes many of the major oratorios by Bach, Handel, Haydn and Mozart.

Ella is a keen collaborator and recitalist, making a dedicated effort to work with and perform works by people underrepresented in classical music.  Recent collaborations include the project After Violence with _REMIX; an exploration of violence and masculinity through a queer lens with drag artist Rhys’s Pieces, as well as working with composers and librettists in the creation of new, LGBT+ work. They also have performed at Leeds Lieder as part of the Composer and Poets Forum and with Ensemble 360 at Music in the Round.

Winner of the Lesley Garrett Opera Prize (David Clover Singers Platform), they were also a finalist in the Peter Hulsen Orchestral Song Award with the Southbank Sinfonia, as well as being commended in the Mozart Singing Competition and awarded of BBC Chorister of the Year.

Ella’s time at the Studio was generously supported by Cooper Sinclair, the Sybil Tutton Award from Help Musicians UK, and the Opera Awards Foundation.